About the IB’s programmes

For students aged 3-19. IB programmes challenge students to excel in their studies, and encourage both personal and academic achievement. The IB supports schools and teachers to provide a rigorous, high-quality education, offering professional development that improves pedagogy and leadership. 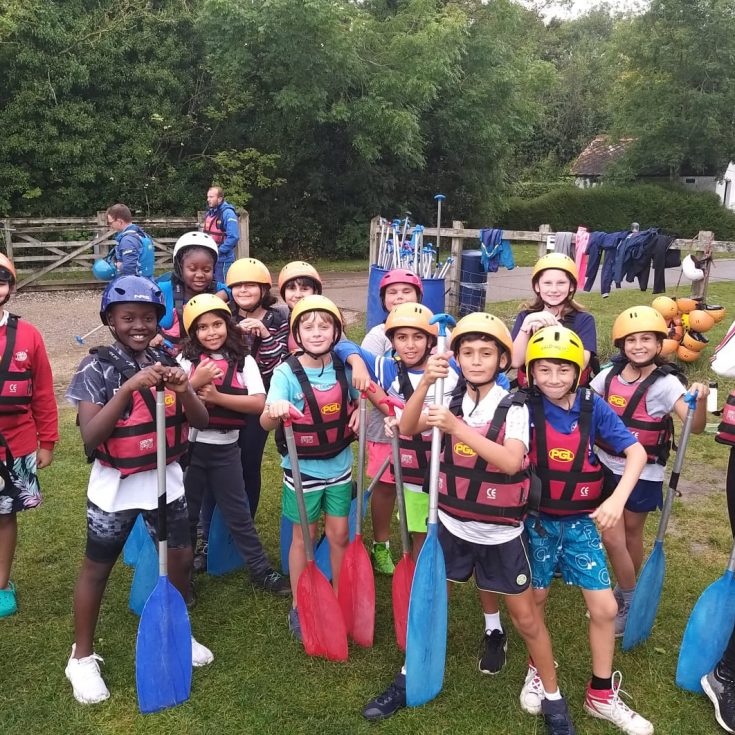 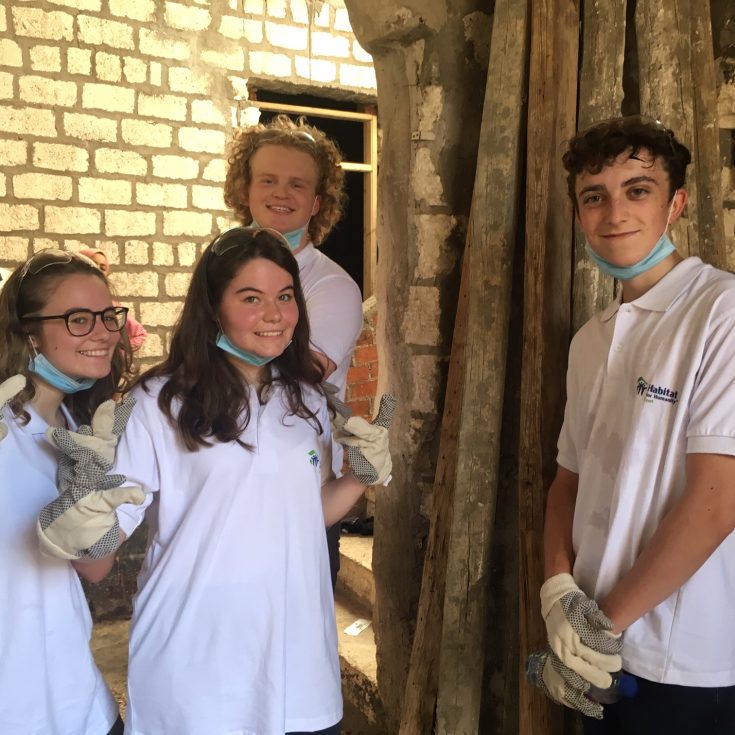 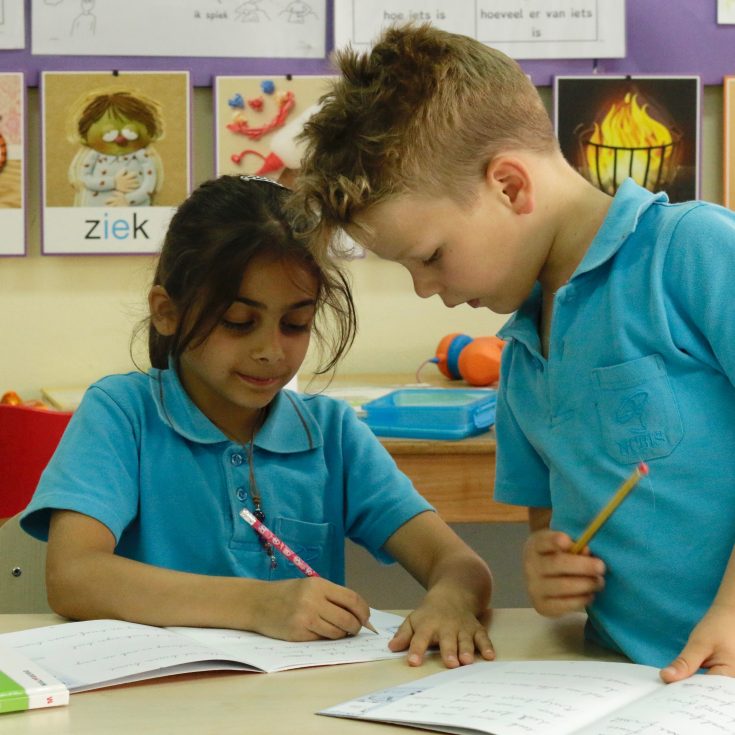 “NCBIS has a concise but powerful and effective philosophy and aims document that helps to be the driving force behind the entire educational endeavour. It is a very friendly place characterised by an attitude of respect towards others”Council of International Schools Accreditation Team Report, January 2018

NCBIS is a truly international community with more than 60 nationalities represented in its student population.

NCBIS currently employs over 85 expatriate teachers. Whilst the majority of these come from the United Kingdom.

We have an active Parents’ Group, which is both a fundraiser for, and supporter of, our (CAS) programme.

CAS stands for Creativity, Activity, Service. All IB students must complete the program throughout their IB Diploma

From Primary to Secondary, NCBIS school fits all the Educational stages. One school for all the family. 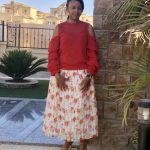 We chose NCBIS because its curriculum is very practical and dynamic. It exposes children to the challenges that the children will face in the real world and encourages innovation and critical thinking. The exposure to ICT is very important as it prepares children to the fourth industrial revolution. 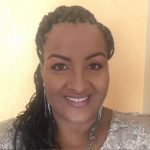 Moving to a new country can be stressful especially with young children and finding the right school is one of the factors that alleviate that anxiety. We viewed several schools and absolutely loved the enclosed Early Years section at NCBIS.  Every element is child-centered and focused on preschoolers feeling safe, playing and learning. 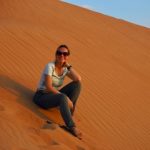 The reason I like NCBIS so much is that it’s a warm, caring school environment where we don’t think in obstacles or impossibilities. Anything is possible unless we find out we can’t do it. And by then at least we would have tried and gained experience for the next time to succeed. 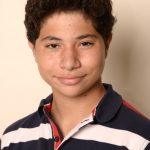 I entered the first year of IBDP as a mostly scientific/mathematical oriented student. By studying different disciplines in depth, I grew and improved in disciplines I had previously thought I had extremely limited potential. For me, the IBDP @ NCBIS opened doors to different fields I wouldn't have considered before. Trying different activities through the CAS programme helped me gain clarity on what I am and am not passionate about. 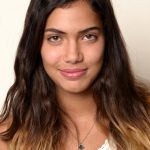 I have been in NCBIS since Nursery, and I can honestly say that I am grateful for every moment spent in that school. NCBIS has prepared me in various ways for the real world because of its' excellence in preparation and its' staff, its' encouragement for diversity and constant encouragement for development. I also did the IB at NCBIS and it has allowed me to become very well-rounded because you don't only focus on one subject, instead, IB offers a multitude of options for different abilities to help you grow and offer a pathway to every individual. 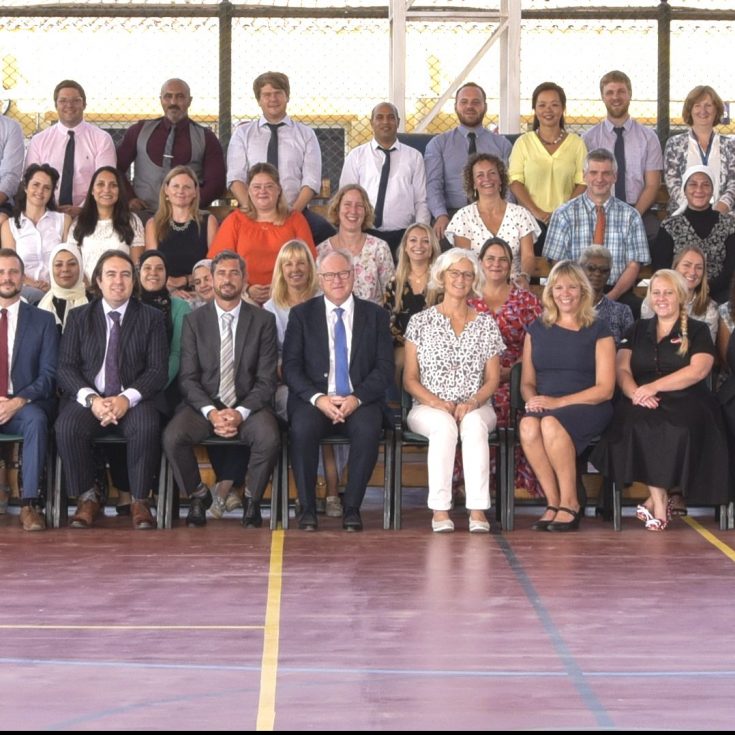 New staff members to NCBIS have frequently commented on the supportive manner in the school. 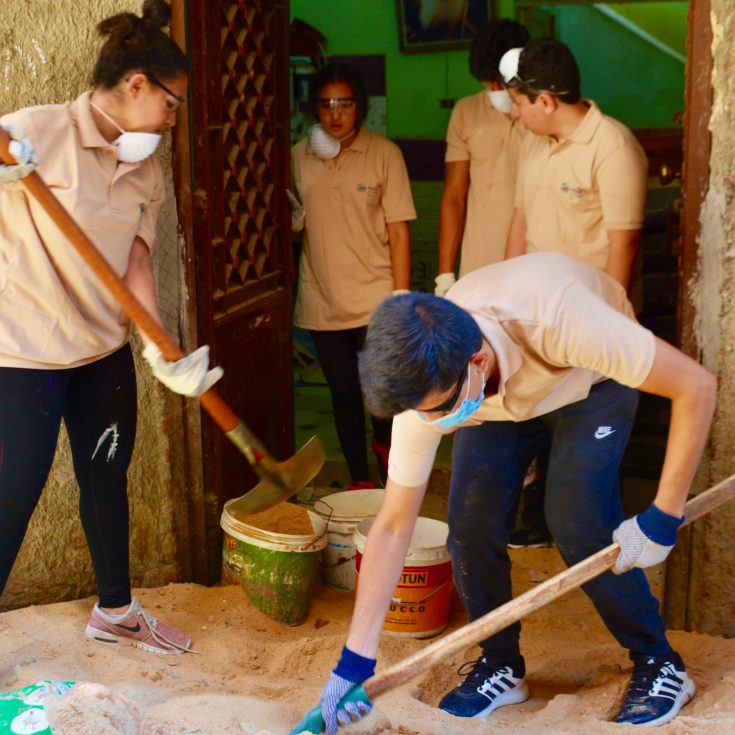 CAS encourages students to be involved in activities as individuals and as part of a team, that take place in many contexts. 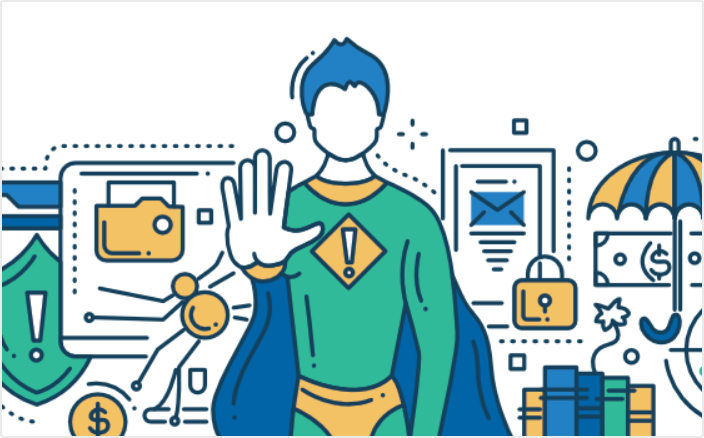 NCBIS is committed to safeguarding and promoting the welfare and wellbeing of children.

Event Detalis: Congratulations to the May 2020 IB Diploma Programme students at NCBIS The average passing grade for students this academic year was 31.4. The pass rate for full diploma students was 96% This was a very difficult year for all students, parents and teachers. We will have more information for analysis and comparison and the information here will be updated on the 9th of July once we receive this information from the IBO. 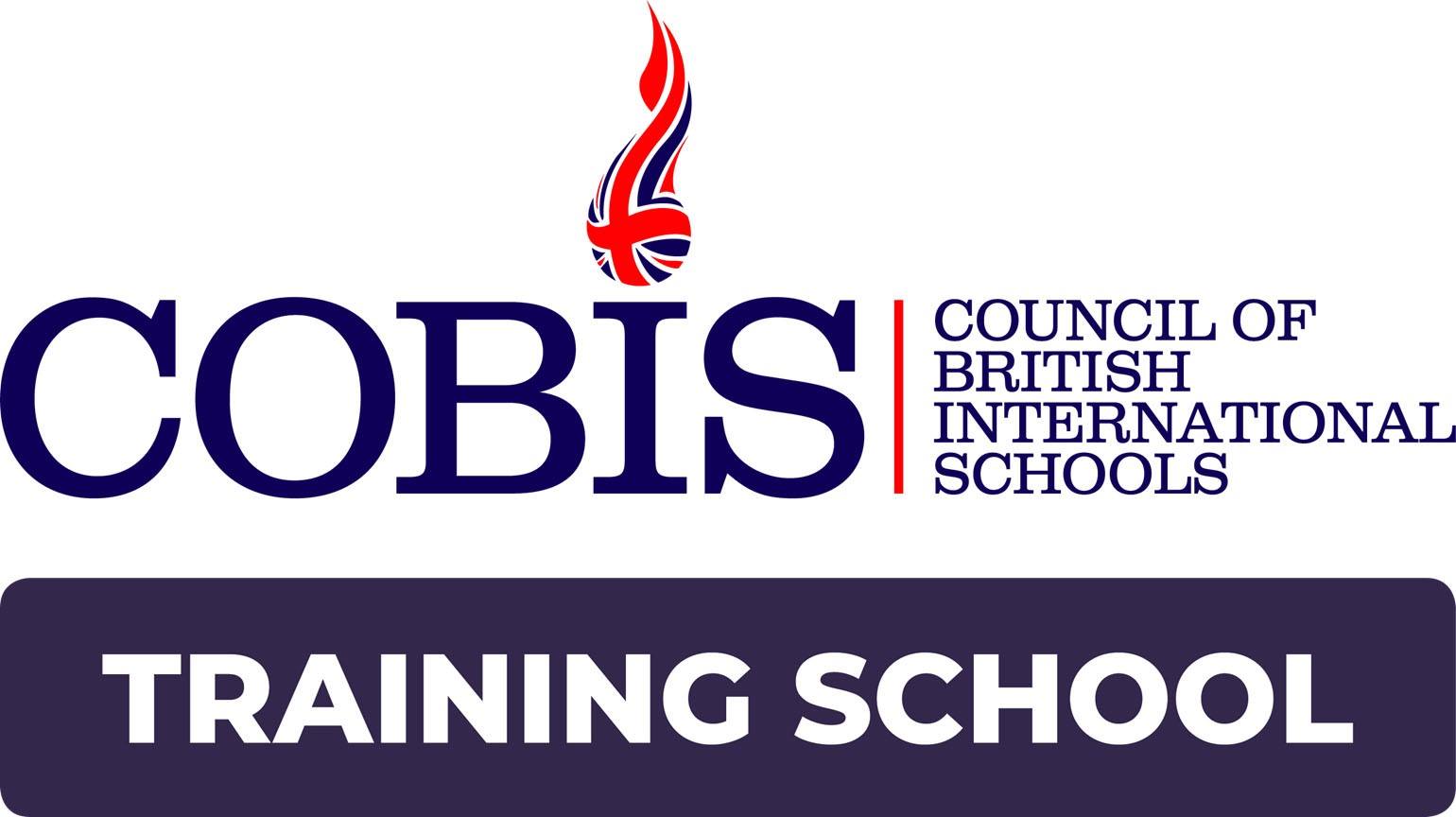 Event Detalis: It gives us great pleasure to announce that NCBIS has been awarded the status of a Council of British International Schools Training School for the next three years. This means that NCBIS will be used as a centre for the professional development of teachers and school staff in the Middle East and North Africa. This will allow our staff to access top-level training as well as to meet and share ideas with staff from other quality international schools from around the world. COBIS: ‘The quality of applications was very high, and those who reviewed the applications were impressed with the calibre and diversity of approaches to CPD and professional learning in COBIS schools; It was a solid application for a school that is committed to investing in their staff. Appears to demonstrate growing commitment to Initial Teacher Training (ITT). As a school, the use of external provision is clearly identified with a good breadth of offer, including training for Governors; SENCO; support for administration staff attending COBIS training, etc... https://www.cobis.org.uk/cobis-news/ 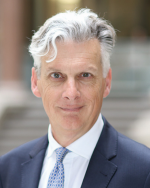 Event Detalis: As our Patron, Sir Geoffrey will use his considerable experience and influence as a way of supporting the school, he will also be invited and attend certain NCBIS functions each year. As a non-member of the Board of Directors, he will not make decisions on behalf of the school or carry any responsibilities or liabilities. Sir Geoffrey Adams has been British Ambassador to Egypt since September 2018. He was educated at Eton College and Oxford University, where he studied Arabic and Islamic History before taking his degree (BA Hons.) in Philosophy, Politics and Economics. Sir Geoffrey joined the Diplomatic Service in 1979, and spent his early career on postings to Saudi Arabia, France and South Africa, and at the Foreign and Commonwealth Office (FCO) in London. He was posted to Cairo in 1998-2001 as Counsellor and Deputy Head of Mission. Thereafter he was Consul General in Jerusalem, Private Secretary to the Foreign Secretary, and Ambassador to Iran. Sir Geoffrey then served as Political Director General at the FCO (2009-12), and subsequently as Ambassador to the Netherlands (2013-17). We welcome Sir Geoffrey to the NCBIS family. 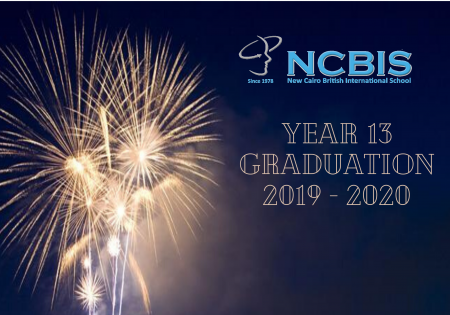 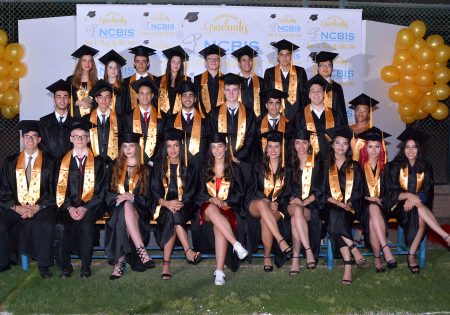 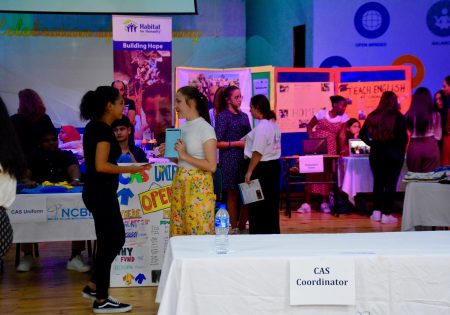